Computing Without a Computer 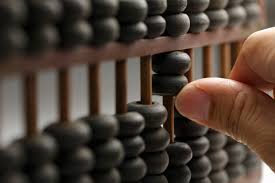 This is a repeat, but worth it.

I'm reading Isaac Asimov's Opus 100, which details his course through a writing career that changed the world of science fiction forever. In the chapter on Mathematics, he recounts a story called "The Feeling of Power" where a character is trying to explain to a space age military how he can navigate their ships without computers, which are at the time susceptible to enemy interference:

"Nine times seven, thought Shuman with deep satisfaction, is sixty-three, and I don't need a computer to tell me so. The computer is in my head."

"Computing without a computer, said the President, is a contradiction in terms."


Post Script
Also from Asimov's Opus 100, on the topic of Words:
"New Jersey"
The state of New Jersey is named after the birthplace of George Carteret, who was given the territory by Charles II of England. He was born on the island of Jersey, the largest of the Channel Islands between England and France, and originally called "Caesar's Island" until barbarians garbled it into "Jersey".
Posted by Self Replicate at 4:50 AM No comments: 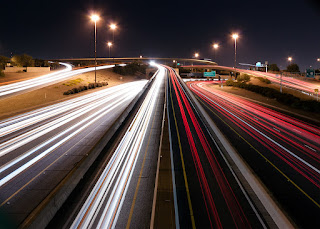 ETH researchers have shown that we can use the structure of urban road networks to predict their traffic capacity ... using billions of traffic measurements to reveal a set of rules that enable us to easily estimate the critical number of vehicles, and by extension, the traffic capacity of a city's road network:


Posted by Self Replicate at 4:31 PM No comments: 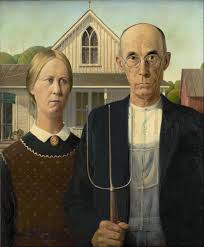 Mapping the end of incest and dawn of individualism
Nov 2019 phys.org

Apparently the Romans had to learn not to have incest in order to advance their civilization. Thanks Jesus.

Historians and scholars still don't know why Europe shifted between 1300 - 1500 AD, but they did. They were under the influence of the Catholic Church.

They think maybe: "Kin-based institutions reward conformity, tradition, nepotism, and obedience to authority, traits that help protect assets—such as farms—from outsiders. But once familial barriers crumble, the team predicted that individualistic traits like independence, creativity, cooperation, and fairness with strangers would increase."

So in conclusion - the willingness to trust strangers correlates to whether or not your family structure is the kind where your cousins mate. If it is, you're less likely to trust strangers, because you tend to find yourself surrounded by your own blood.

Now whether this means Europe needed to start trusting strangers because they were getting mixed up faster than a bag of microwave popcorn, or they facilitated this dynamism because of their beliefs, either way the association paints an interesting picture of the physics of sociology.

Posted by Self Replicate at 4:28 PM No comments: 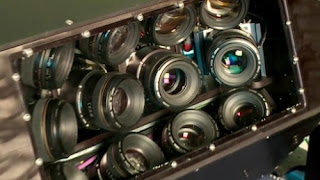 I know they call it big data, but the flip side to that is the little data, nano data that sounds ludicrous. This is where I remind folks that 20 years from now, we will be able to see 360 degrees into pictures, based in the interference of light patterns and how they affect the things actually in the picture. Or how we will be able to see in a dark room by listening to the absolutely miniscule  interference patterns of sound waves as they bounce around, all taken from decades-old youtube videos. You think that sounds crazy now, but try to imagine what the world will be like when you're torrenting yottabytes from your phone, which will be in your brain. There will be sensors on your hand that will immediately identify the microbiomes of the people you shake hands with, and tell you super-intimate details about who they slept with last night. People will stop shaking hands. They will stop making contact period.

"The authors hypothesized that some features of cities and urban life, such as quality of housing and the living environment, have direct visual signals that a computer could recognize.

"These visual signals include building materials and disrepair, cars, or local shops. Combined with government statistics on outcomes such as housing conditions, mean income, or mortality and morbidity rates for one city, images may be used to train a computer programme to detect inequalities in other cities that lack statistical data."

"In American cities, lifestyle hashtags abound in richer areas, while sports, zodiac signs and horoscopes seem to be more popular in poorer areas."

Posted by Self Replicate at 4:24 PM No comments: 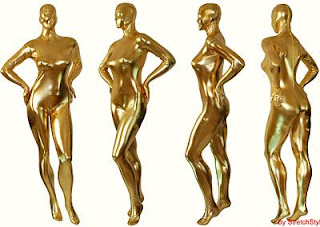 Let's not forget that we do live in the era of Big Data, and it's only getting Bigger.

Big data requires new methods of analysis. As we get more and more info about the world around us, we need more basic, underlying frameworks to organize and interpret that data. And that is where physics comes to the rescue. Physicists are used to looking at complex systems with millions, billions and trillions of interactions, and being able to make predictions about their behaviors.

You would think it would show up in the news way more often, because it sure sounds like magic to me. But alas, it's not an everyday headline, so I thought I would spit a few terms up here, just to help stay familiar. This is in relation to urban design and economics.

Betweenness Centrality - a measure of how many things you are in the between of; an example would be how some locations are at the intersection of more than two streets.

These examples are pretty straightforward because they're based on physical objects or locations. Things get a bit more abstract when we start to talk about the spread of disease through a population, or better yet, memetic propagation, which is the spread of ideas.

The practical applications of using network science to predict complex systems are much needed -- the way people move throughout a city is increasingly important when more than half the world's population is now living in cities. But I'd rather hear about how we can predict your chances of adopting a new slang term based on the gesture recognition of your 5 best friends, for example.

What can Wikipedia tell us about human interaction?
June 2019, phys.org

"...if we look at Wikipedia pages about the 2015 Paris terrorist attacks, we can see that the page about the attack is directly connected to the page about Charlie Hebdo magazine, and also to a cluster of pages representing terrorist organizations," Miz explains.

Benzi and Miz call this kind of information-seeking "collective memory," as it can reveal how current events trigger memories of the past.

Here's some other topics at the intersection of science and society:
The hipster effect - Why anti-conformists always end up looking the same
Mar 2019, phys.org

Social media can predict what youíll say, even if you donít participate
Jan 2019, Ars Technica

The 2008 recession associated with greater decline in mortality in Europe
Feb 2019, phys.org

"Periods of macroeconomic recession are associated with lower levels of pollution and fewer accidents in the workplace and on the roads. These are the factors most likely to have the greatest influence on accelerating the decline in mortality. Alcohol and tobacco consumption also fall during periods of greater austerity, as do the prevalences of sedentary lifestyles and obesity. While the underlying mechanisms are still not well established, the findings of some studies also point to the influence of other factors, such as work stress and the fact that healthy habits demand time, something less available to a person working in a full-time job."

Posted by Self Replicate at 4:18 PM No comments:

Seeing into the Future 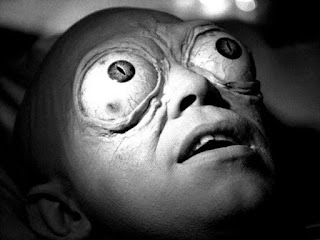 This is nothing.
Wait til the robots start looking at reflections.
No joke, they will be able to see into the past, by looking at a still image and computing the paths of photons. Watch.

image source: Outer Limits
Posted by Self Replicate at 3:14 PM No comments: 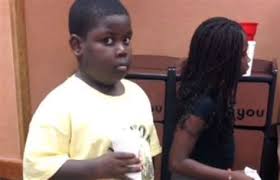 The company is asking all users to input birthdates to be able to protect them from ads that might make hurt them. (Because it sounds like we've accepted the idea that advertising can hurt people.)

But let's be realistic here, this isn't about the business protecting kids; they're protecting themselves.

You know darn well they can tell based on behavior analysis, which is conducted on every user, they can tell who is a kid and who's not. So they already know your "birthdate."

They already know because it's their business to know everything they can about you, so they can provide better ads.

The reason they're now asking for your age is so that if you if you lie about your age, but then later try to sue them for something that you saw on their site (because advertising is a weapon that can accidentally hurt you), they can say, no, you said you were not a kid, and therefore we are protected.

Posted by Self Replicate at 2:53 PM No comments: